While traveling can be a wonderful adventure, made even more so by our furry friends accompanying us, there can be some rigorous requirements depending on where you are intending to travel.

The requirement for entry into the USA is an up-to-date rabies vaccine. While the other vaccines are good to have on board, the hard and fast rule that the USA has is regarding the rabies vaccine. If your pet is overdue for its rabies vaccine, the USA requires that this vaccine be administered 30 days before travel. So, make sure you leave plenty of time to book that appointment. If given within 30 days of travel, entry of your pet may be denied. 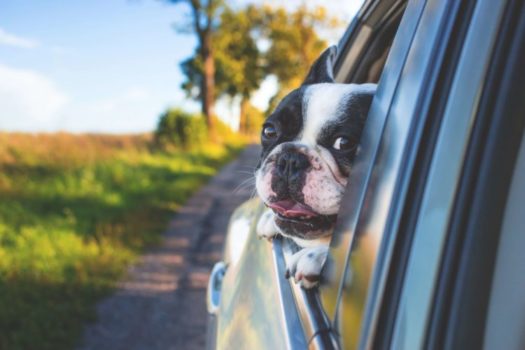 All countries will have entry requirements for pets, and these can be highly variable. Some countries require intensive medical involvement and a very set schedule of vaccination administration and blood work. In some cases, it can take 6 or more months to complete the process needed to allow a pet’s entry into a specific country.

Most countries need a rabies vaccine to be administered 21 or 30 days before travel, and many require a microchip to be placed or read at the time of, or before the administration of the rabies vaccine.

A few countries require rabies titres. The timing requirements for this blood test can vary, but it currently takes at least 8 weeks to complete.

So if you are intending to travel internationally with your pet, we encourage you to research the requirements early, and be in touch well in advance of your travel dates so we can assist you in ensuring your pet is meeting all the requirements needed to enter the country you are going to.

BREED OF THE MONTH: The Dalmation!

Famously recognized by their beautiful spotted coat, Dalmatians have a long and interesting history. Once known as “Coach Dogs”, they were traditionally assigned the task of accompanying the horse-drawn carriages of nobles, gypsies, and firefighters, and of protecting both the horses and coach while unattended. These protective instincts, paired with their strong, athletic build, make them great watchdogs, but they also need companionship and are deeply loyal and loving to their preferred humans. Dalmatians must be regularly engaged both mentally and physically in order to keep them out of trouble! 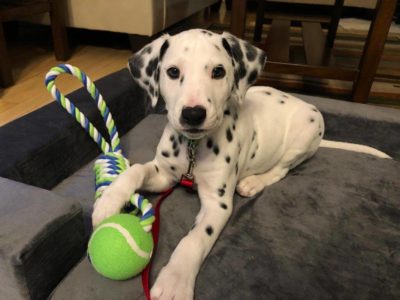 Here is what Dalmo’s owners have to say about their handsome boy:

“You become responsible, forever, for what you have tamed.” – the Fox (The Little Prince)

Choosing to get a dog is a difficult decision, whether it is of your initiative or of others. Numerous important factors, such as insurance, your time, and where they will go while you are at work or on vacation, must be taken into account.

Dalmo was born in western Ontario just a few months after the World Health Organization declared the global health crisis due to COVID-19. We met when he was just eight weeks young. I knew at the time that Dalmo and I would get along really well.

When I started training Dalmo, the adjustment period was challenging. Firstly, it was at the height of pandemic restrictions and as such, I was legally not able to socialize Dalmo with other humans and dogs. So, I took him to doggie daycare so he would interact with other dogs. I took him to work where he brought smiles to my coworkers.

Secondly, he would cry all night in addition to having accidents throughout the day. I was tired and frustrated. I felt like the training was not making progress. However, I persisted and followed a routine for him and enrolled him in a dog training school. Unfortunately, the pandemic restrictions did not allow me to be with him during his training. Despite this, his teacher was awesome, and I saw him learn new skills.

As he learned these new skills, I learned to be more present and attentive to my home life. He also gets me off the couch, to do his physical activities. On days when we can’t go for walks, he brings me his toys so we can play. He loves playing tug-of-war and when he “loses”, he releases gas from his behind and then runs away. Dalmo loves to snuggle up as if he is a little puppy. On days when work gets really busy, coming home to a dog who is excited to give me a hug recharges me almost instantly.

It has been almost two years since having Dalmo. I’ve invested time and energy to know him and to train him. In the process, I tamed Dalmo and Dalmo tamed me. Our lives became intertwined forever. Just like the fox and the Little Prince, Dalmo is unique in all the world to me. 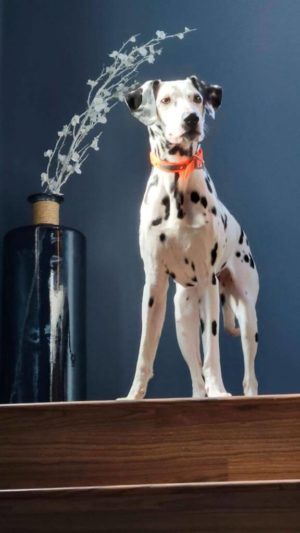 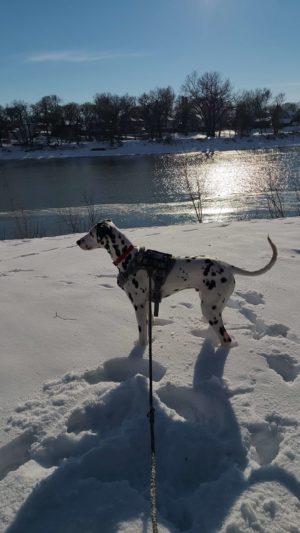 Congratulations to Cooper’s family for winning the trivia corner from last month’s newsletter!

We hope they enjoyed their treat, on us! 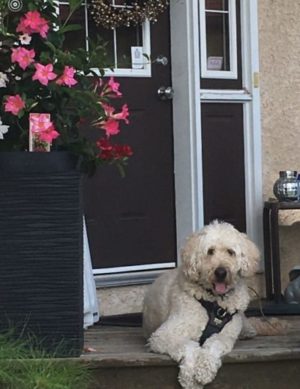 Want to be in on the monthly trivia? Please watch your mail for our printed newsletter that comes right to your home! Then, be the first to call with the right answer!